[Intro: DJ Oohie Mack]
How's everybody doing tonight?
Welcome to sin city Las Vegas y’all
I’m here to introduce you to one of our newest acts
He may look like a pretty boy, but he’s got a ruthless past
So one time for the one time
And two times for those two dimes sitting in the front row
(Holla at ya boy)
Give it up for the one and only
Always got a bitch, so he’s never lonely
J Ham y'all

[Verse 1: J Ham]
Yeah
Never the runner up
Even in the worst case
Ain't been nothing but first place
Since my birth date
Hit her on the first date
Then watch first take
Fucking with me, you R-I-P like your shirt say
I’m up in L-V
Ain’t shit that you can tell me
Your bitch asking for selfies
Keep it rolling just like Kelly
Is she loyal? ain’t no telling
Nah, ain’t no telling
She throw it back, imma catch that like I’m Kelce
(I’m going for six)
Championship fights at the octagon
After party getting faded at the hakkasan
Stacking chips, I gotta eat just like it’s Ramadan
8 shorties in the limo got me feeling like the octomom
Throwing ones watching all these strippers rake it up
Make it back in chips like we never gave it up
She lost a bet, but she said that she can make it up
If niggas bout to fight
I ain’t gon' be the one to break it up
(Why?)
I’m tryna keep the glizzy tucked
It’s destiny, this shit ain’t luck
OG Kush all in my blunt
(Sticky Icky)
So lit up at that pool these hoes done lost they tops
Don’t ever lose my cool, especially round the opps
Driving down 612 my top is finna drop
Sipping on the brew, 8 ball all in my sock
[Bridge: J Ham]
I don’t do that shit
It’s for the crew and the thotties
Super lit
Got the juice and the molly
Stupid bitch
Talking loose, we’ll catch a body
Uber to the strip
Or we cruise in the rari
In the rari
These Vegas Nights is crazy
Every night is a party (Aye)

▷ JHAM - This Is My Moment TEKST 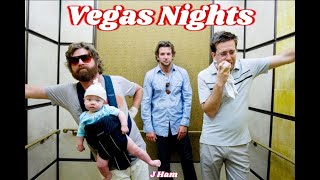