When an angel fell somewhere in Lothian1,
I was only a child but I trust my eyes.
She burnt up like a comet before me,
before I could even say 'Hi'.

Back then yeah, the door was always open.
I come and go, back and forth, anytime I need.
But I'm needing it more now than ever
'cause I'm fading away.
And I claw at the door every bad night
but somehow it's blocked from thе other side.
I claw 'til my skin comes apart,
until I feel something.

And I remember that pain in my mother,
being helpless and reckless and far too young.
My brother was spiralling down.
He said, 'Kid it's not me, it's this town'.

So I rail against that feeling when it comes.
I no longer have solitude behind that door.
And I know drugs that can hold it.
You gotta hold it yourself.

I wish an angel fell somewhere in Lothian.
She could've fixed all the problems that I cannot fix.
But one day I might have kids myself
and hope that I don't fuck them up myself, hey!

(And I've been here, the door's always open...) 1. A region of the Scottish Lowlands, lying between the southern shore of the Firth of Forth and the Lammermuir Hills and the Moorfoot Hills. 2. An Anglo-Saxon kingdom established by Anglian settlers of the 6th century in what is now southeastern Scotland and North East England.

Teledysk do piosenki Angel in Lothian

▷ Sam Fender - Spit Of You TEKST 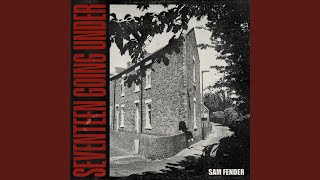