[Intro]
Yo, yo, yo, yeah
Hey Hit, that's some nice new pieces you got
Bracelets, trinkets, and necklaces
Yeah, yo
Real shit only, yeah

[Verse 1]
Super Bowl champs celebrate like me
With Escobar cigars let me say my peace
Money attract money, statewide hustlers
Jewelry sellers exposed by these fake watch busters
And they ain't teach savin' monеy to young niggas
Young warriors I wanna see them all in position
Best to have it on you, hopе you don't go down for possession Mom's puttin' up the house to bail you out when arrested
How did I become number one? I'm one-of-one
Flyin' down the 101, right under the Cali' sun
Junior M.A.F.I.A. out the subs, shorty calling me, "Son"
If one clique make a million today it probably be us
Probably because my Midas touch for viral stuff
Rappers wanna shoot up the studio they tired of us
We know that controversy sells, so y'all good
When I drop they hear me on every block, hood to hood

[Verse 2]
If we all made niggas, then why is we beefin'?
When them Jewish brothers be chillin' Shabbat Friday evening Even in jail I hear the Latins got each other back
Not us, we jump each other for the phone it comes to black
Don't worry about nobody else tryin' to energy match
Sense any cap and that's when I really attack
I'm OJ with the memorabilia had to steal it back
Like the Nas flow we be hearin' on the tracks
Stop that my guy, you are not that my guy
That feeling to be a king, can't top that my guy
King's Disease, I'm still poppin' these young things
Got me thinkin' like Amerie, "It's This One Thing"
Floaties in the pool, got drones over the roof
Just like Drakeo The Ruler, my nigga, we know the truth
I put out dangerous thought
I'm convinced it's a mixture of Paisley Park
Prince with Supreme Team Prince


[Chorus]
Big up to Paisley, shout out to 40, Harlem
Hood to hood
Lincoln Houses, Castle Hill, Bronx shit
Soundview
On the West side, in the Jungles, to the 60s
Hood to hood
Out in O-town, to Vallejo, where the pimps be
Hood to hood 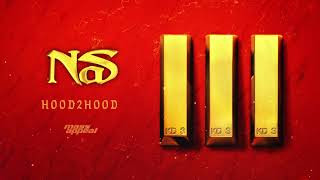