[Chorus: DaBaby]
That ain't DaBaby, that's my baby
Her friends and mom hate me (Go)
Lay down on the bed, do the crybaby (Mmm)
She ain't gave me none of that pussy in a while
She had the boy waitin', I don't mind waitin' (Come here)
Oh, you ain't gon' respond to my texts? (Oh, yeah?)
Want me keep on my diamonds, we sex? (What's your name?)

[Verse1: DaBaby]
Keisha? (Kei), Jasmine? (Jas), Kiera? Megan? (Go)
Lisa? Ashley? (Ashley), Sierra? Sarah?
She got her hands on her knees with her ass in the air, ooh, that lil' bitch a player
If her friends ain't around to record it, she bend over, shake that lil' ass in the mirror
Like goddamn, what a nigga gotta do for your number?
Shawty came through with that head so good, I said fuck it, I ain't usin' no rubber
Way she make that ass bounce, think I love her
Got that ass and that mouth from her mother
Type to make your bae mad, you in trouble
NBA playoffs that ass, it's a bubble
Uh-uh, uh-uh, come here, come here, uh-uh
Throw that ass back, come here, come here
[Chorus: DaBaby]
That ain't DaBaby, that's my baby
Her friends and mom hate me (Go)
Lay down on the bed, do the crybaby (Go)
She ain't gave me none of that pussy in a while
She had the boy waitin', I don't mind waitin'
Oh, you ain't gon' respond to my texts? (Oh, yeah?)
Want me keep on my diamonds, we sex? (What's your name?)

[Verse 2: Megan Thee Stallion]
(Wah, wah, wah, wah) Real hot girl shit (Ayy, ayy, ayy, ayy)
Lay on my stomach, toot it up, do the crybaby (Crybaby)
Look back, hold it open, now he annihilated (Yeah)
Moaning like a bitch when he hit this pussy
Damn, he probably wanna wear my hoodie (Ah)
Choke me, spank me, look at me, thank me (Thank me)
If I give it to another nigga, he'll hate me (He'll hate me)
Spit, slurp, give him that work
Fell too fast for me, now the nigga hurt
Deeper, deeper, I need a reaper
Thought I was in trouble how he tearin' them cheeks up
Keep me a freak, who the flavor of the week?
If I make up the rules, then I don't think it's cheatin'
Jordan, Tommy, Timothy, Daniel (Which one?)
Might let Jonathan bring in Sarah (Come here, Sarah)
Bitch tryna brag about taking my man (Huh?)
Hah, I needed me a nigga off my hands (Hahahaha)
Uh-uh, don't fuck me like that, fuck me like this, yeah, ayy
[Chorus: Megan Thee Stallion]
His friends and his dad hate me (Yeah)
I broke his lil' heart, he a crybaby (Wah-wah-wah)
If I ain't let him hit the pussy by now
Then that nigga lame if he still waitin' (Ah, ah, ah)
I ain't even save your number (Nope)
So no, I don't can't reply to no text (No text)
I make him cry 'bout the pussy, hmm
Probably why my shit so wet (Ah, ah, ah, ah, wah, wah, wah)

▷ Megan Thee Stallion - Do It On The Tip TEKST

I know money can't buy, buy, buy your love I guess I didn't try, try hard enough But we could work this like a nine-to-five (Woah-oh) Mama told me stop playin', playin'...

Will we live? When we die? Just keep on saving our goodbyes The fear and the cost The world will stain us with a scarlet cross

I'm going through changes But I swear I'm the same Could you show me some patience Along the way?

▷ TONES AND I - Fly Away TEKST 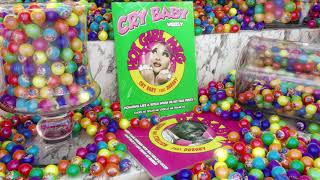 Remember days. I hoped you stay. I never really want you go away. Your way. From your way. Another day. I didn't stay. I think I did it cause my heart can't say. I...