Tekst piosenki Worth the Weight

[Verse 1]
Yeah, yeah
I go for the record, I don't just go for the medals, bro
Niggas used to know that we stronger than the devil, bro
Since I buried Papa in the village with the shovel, bro
Every move is bold, ain't no time for bein' subtle, bro
In the face of evil, I can find the needle, haystack
Could have freed my people if this weed was legal way back
Po-po spun the wheel on misfortune, but I ain't play that
They come round and pat-pat-pat us down but I ain't Sajak
I escaped the trap, I escaped the cubicles, bro
I escaped the drive by's, drop the funerals, bro
And I beat the case, and I beat the chase, woah woah
Can I keep the pace? Can I keep the pace ? I'on know
I escaped them tryna bleach a nigga's brain
Coulda went to Wall Street, instead I built up my own lane
Rather have a street in my own name
Or money with my face on it like I'm Prince Akeem

[Refrain]
You not gon' see me frowning in these days and times
You see, the days of the Oyinbo man are numbered like football jerseys
We now know that all of our suffering and smiling has been worth the wait!

[Verse 2]
My nigga, who knew?
Who knew that that boy from Enugu wit' the booboo on his knee (Knee)
Back then was actin' like a poodle on a leash (Leash)
One day he'd have to learn the juju on the streets (Streets)
Starin' at death, like, is your shooters gonna squeeze? (Squeeze)
Freeze, please
As a little boy slangin' chains back in Chinatown
Thinkin' to myself, I'ma build a blacker kinda town wit' my, wit' my, wealth
And I pray that I'm the brightest sound that you ever felt
I'ma take a million flights around, 'til that shit is felt
That's that lead the way, ayy
That's no piece of cake, ayy
That's that troll online that live inside the tree all day, ayy
That's that he so gay, ayy
That's that she so fake, ayy
That's that insecure, ayy
That's that Issa Rae, ayy
Hey
You do you, me do me
So long as you don't fuss wit' we (We, baby)

[Outro]
I believe it's time for an African peoples' powered highway
The highway that will connect the Diaspora and Motherland
A global highway for African people all over the world to rediscover themselves
To remember that the only thing that unites black people, globally, the only thing we all have in common is that we are from Africa

Jidenna - Worth the Weight tekst piosenki

Teledysk do piosenki Worth the Weight

Sufi woman, read me Rumi ’til I fall asleep upon your bosom (Yeah, yeah, yeah) Sufi woman, you’re a lion, but you walk around so unassuming 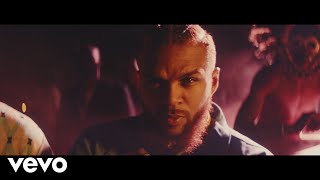