[Intro: Aretha Franklin]
I know I can't afford to stop for one moment
That it's too soon, to for—

[Verse 1: JID]
I done came back around like a nigga selling crack in pounds
I got a bag now but it's nothing to brag 'bout
Gun blast in the background, I'm a black man with the blood hounds
Mac 10 making love sounds, to a bad chick, she from uptown, I'm from down south, not a loudmouth, we can fuck around (Woah, shit, woah)
Hit the music, baby, cut it down (Woah, shit, woah)
Hit a doobie while you do me indubitably, I feel like I'ma bust now (Woah, woah, shit, woah)
I feel like a bust down when I shine bright, blind niggas is up now (Woah, shit, woah, shit)
In the cut, big black truck, pack sacked up, you can pick it up now, nigga, fuck it, okay (Ayy)

[Sample: Aretha Franklin]
I know I can't afford to stop for one moment
That it's too soon, to for—

[Verse 2: 21 Savage]
Me and my money attached emotionally
I get to clutching if you get too close to me
I'm at the top where I'm posed to be
Jumped in the game, niggas act like they coaching me
Four hundred racks ain't shit but a show to me
I'm on the road and I bet that your ho with me
When I'm in traffic it's always a pole wit' me
Pillsbury man, I keep dough with me
Hit from the back, she giving me slurp and I ain't even pull my pants down
Jump in the box and slide to the other side, it's always a man down
Drive down, hands in the air, nigga make one move, get gunned down
Giving out smoke so long they don't even wanna talk no more, it just run out
No locked doors, I serve with a chop
Bitch got spent, she was hanging with an opp
We call him Mickey, he talk to the cops
I was on panda, glass in the sock
Back in the day, I invest in the block
Fast forward, now I'm investing in stocks
I put a drum on the Heckler and Koch
Don't play 'cause I'm very invested in shots

[Bridge: Baby Tate]
Pu-Pu-Pussy cat in his face 'cause he stay off Cheshire Bridge
And I took it bad, now he sayin' he shakin' and he shiverin'
Like the way it taste and he ain't ate it in a minute
They call me Yung Baby, but I still got hella chil—

[Verse: JID]
Sorry in advance for my bros
They'll whip a nigga ass, what you whippin' up? (Woah)
JID in the bag, if you lookin' for that dope
Niggas got it in the bag 'cause we trappin' on the low
And I'm the shit with the flow
Give me a joke, heard the nigga say you the next? No, no, no
I'm the best, tell them bitches stop the motherfuckin' press
Press stop, fuck a top five list
Get in they vest, he get lopsided
Fuck the cops, we was runnin' from Rottweilers
Must of my partners ain't have papas, just a pop condom
Couple kids with Alzheimers, forty on his side
Boy you Mike Alstott, he on the block violent
Robbin' niggas in the hood and then swap genres
Green light, line a nigga up, stop sign him
Keep drivin', you will not find him
I'm a, I'm a, I'm an anomaly, I turned into rap ironically
And ran the backup back up, niggas is onto me
Niggas should honor me
If you think that I'm a wannabe it's pretty comedy
I'm melancholy and cool, so calmly bustin' moves
My truths carry velocity
Same posse since OshKosh B'gosh pussy clart
Treat the rap like I'm pushin' rock
On the stove with the Pyrex pot
The dope stay locked, it don't say knock
We on they block, we on they block
It's monopoly games we stole they properties
Smooth talkin' and moonwalkin'
Insane lil' nigga small pump with a pool shaw
Got aim, big stick, knock chalk off cue balls, bang this shit

▷ Khalid feat. JID - All I Feel Is Rain TEKST 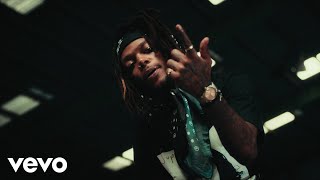 If I could wish, wish it away I would bleed out my knees and pray If I could give all that I have To bring him back today These are but dreams As sad as it seems I'm...

'Cause I can't do these long drives sittin' in the back seat Thinkin' 'bout that one night when the world caught fire Baby, and your eyes...

So here's to the end and new beginnings Running straight to the edge, no second-guessin' And we'll grow old, I know, but they never fade The days when we were livin'...