[Intro: JID]
Our offense is oh so, our defense dominate
We got that winning combination
To what? To regulate
Offense is oh so (Forever)
Yeah

[Verse 1: JID & Ibrahim 'Ib' Hamad]
2007, Cole dropped The Come Up
I was in high school playin' corner
I never dreamt of mumblin' words in front of hundreds
Studyin' plays all summer
I'll hit the league if my growth spurt come in, on my mom
2009, bro dropped The Warm Up
I was in warm-ups playin' Weezy
And Yukimi, Little Dragon, flame breathin' the weed
Patrick had the studio dorm room next to me
I freestyled over his beats
My nigga Keys transferrеd in from Tennessee
He's a rеceiver, I played DB like Aqib
Snatch a nigga chain, Talib, Talib Kweli
I could be lyrically, but I put on cleats
Scribbled lines goin' through my mind like a paper piece
While I covered three, playin' nickel, doin' safety reads, watch the flats
I can rap, but I rather tackle and pedal back
Get a pick when my growth spurt hit
I'ma be captain, and I was around 2010, no cap
I got 'Freshman Player of the Year' and figured I was on track
This nigga Pat' been in my ear talkin' 'bout rhymin' on tracks
So after practice we record and then we got it on wax
And on campus I heard about a couple rappers from Atlanta (Okay)
Some of them niggas was snappin', maybe we could make somethin' happen and shit
I wasn't serious enough to even be curious
And we lose like every game, so every day I be furious
So, the spirit of a nigga had changed
To the point I had to reframe and focus my skills for other things
I took the steel wheel, I'm steerin' in other lanes
But my fuel on low and my oil need to be changed
Amongst all the other shit that's goin' in my brain
My brother got out of jail, I only know him by name
He did a nickel and a dime in time, probably be stayin' with my mom
And dad probably get mad, actin' lame some times, uh
Look, The Sideline Story came out September of 2011
Ib said around that time:
We was huntin' for a record, under lots of pressure
Just combine the leverage with a better effort
You could find a sound to get us out the underground forever
Maybe you can bless a little brown effervescent kid
Youngest of seven from the six, eight sections
Section.80 dropped, yeah, we used to play that shit to death
And if I recollect correct, you tried to sign him for yourself
All the while I was 'round my out of town college, wildin' out
Restaurants, destine dinin', dashin', call it dinin' out
Fuckin' bitches, 'posed to be in class, but I was hottin' out
My friends take a little shot, smoke a lot of cannabis, foolish nigga on the campus
Now nigga skippin' practices, and actin' like a rock star
Bored from in the dorm to in the car, leavin' the football field
But fuck that, we still sorry, and the problems from the home front
On my home screen callin' me, I don't wanna answer
My brother, Carl, hit me, said my granny had cancer
I'm 'posed to graduate and make my way back to Atlanta
No job, no money or nothin' from ballin'
Because between that and school, that was really all
And maybe here's the back that broke the camel with the straw
I wasn't on camera with them amateurs that they saw
But they said they still caught me and my dawgs stealin' boxes
Like Craig on his day off
Called us in the office day before we 'posed to walk, uh
Called a squad car, a couple officers
I know bro was finna tell, he was lookin' nauseous
Now I'm sittin' in a cell, nigga double crossed us
Crossed me off the list for scholarship because I lost it
No more football, my red-shirt senior season, exhausted, so I'm off it
And I'm right back in Atlanta with a half a gram of weed
And a gold Pontiac that my granny had bought for me
I was sleepin' in the back, my dad kicked me in the streets
When he saw my neck tatted, then I told him I was rappin'
Fuck school, no goin' back, he said
If I can not follow his rules, just go and pack
Told you he be actin' lame some times

[Interlude: Carl Route Jr.]
This my son, he came from these nuts
This negro come back from school
All tatted up like the Sistine Chapel
Talkin' 'bout he ain't playin' football no more
Because he know he ain't goin' pro (Hey, it's a standard that you left the house)
But he left on a full scholarship to go to school and get a degree
Because we taught education was the number one thing
Anyway
He came back, determined to do what he was determined to do
And I know because I know he, he is, who he is, we taught him
Hey, whatever you do, put your full self into it
So he did that, anyway
He's back home, I ain't with that
So I'm sayin' "Hey, you got to go to work"
And he sayin' "Hey, this is my job, what I'm about to do"
So I'm like "Hey man, some times you got to work
To do what you really wanna do"
We went through this whole brain wrestle
But anyway, he won
He decided that "Hey dad, I'm puttin' this thing, I'm doin' this
This is my job" and he committed to it
And hey, the rest is history
I'm lookin' at him, I believe in him
I know what was in him
All him and his brothers and sisters
They all got the same mindset
Do your best, give a hundred percent or don't do it at all
So, I know whatever he put his all into, it was gon' be golden
Anyway


[Verse 2: JID]
Look
March 10th, 2017, The Never Story dropped
And I'm comin' off of tour with ****
That was three years after openin' up for Ab-Soul
But it's EARTHGANG's set, I only came to do a song
DoeBurger used to say "Ayy bro, this lil' nigga cold
Keep on doin' what you doin', you gon' make it, you 'gon blow"
I ain't know that when he said, he went ahead and played my shit for Cole
But I knew he knew the game, and he pulled up to his show
And then that's where we first met, but I ain't think of it no more
'Til Ced Brown said that I should open up for Omen on my own shit, if I wanted
Only four cities, maybe we get Rob Gibbs on the phonin', I got to hone in
In the game grown men uncomfortable in they own skin
But all I wanted was a chance
It feel like I'm in a mannequin challenge
Still stance, but I'm still standin'
'Til my nigga lend a hand and I'm no longer stranded
Lookin' for strengths in the streets of East Atlanta
Momma said "Don't take advice, they gon' try and take advantage"
I was 'bout to sign with Coach K, I ain't take the advance
Cole say "Hold on, wait, bro, I got the plan"
So come on, damn, lil nigga, come on, shit, let's roll, fuck

[Outro: J. Cole]
Shsh, yo, that's crazy
That's crazy, yo JID, I remember
I remember you came to the crib
You remember this? After we had met
And I told you and EARTHGANG to pull up
To the crib in Carolina, it's the studio house
I wasn't on no shit, like "Yo, I'm tryna do some Dreamville shit with y'all", nah
It wasn't no talkin' no deal, I didn't even know if I wanted to sign niggas
I just knew I, y'all was dope, I fuck with you
Just pull up, let's see what the vibe is like, let's work
In my mind, if something happen, it happen
If not, then cool, niggas just got a chance to link and kick it
But while we was there, the thing that I noticed off rip
I said, "Oh, this nigga want it, this nigga really want it"
That look in your eye, nigga, I know that look
I know that look too well
But a lot of niggas want it
The thing I noticed about you my nigga, off rip
"This nigga don't just want it, he willin' to do the work that it takes to get it"
And that's the difference, that's the separator
That's the difference between the niggas that never get what they want
And the niggas whose names ring out forever
Forever 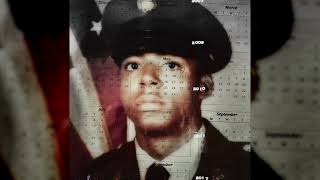 High heels six inch In the back of the nightclub, sippin' champagne

Drop top in rain, this night feel insane I'm out dodgin' raindrops on road in this Range

Gotta focus on the vision baby Next year ill be on FIFA Ah t'as kiffé that I'm driven baby? Well the thing is I have Very few friends I'm...

▷ Palaye Royale - Off With The Head TEKST

Nowhere to run They're chaining me up

Hell nah, man, let's get right, got Portugal with come with nightlight Mexico, we come with the right Italy, yeah, we come with right, like Cameroon, we came with...

▷ Lucidious - Beauty In The Darkness TEKST

Reach my arms around the world and try to give out a hand To all the people who gave up and only needed a chance I see you slipping I can tell that you've been...

Fall into me Everyone's broken and I got this missing piece Honestly, you fit me like no-one You're perfectly broken for me