[Verse 1]
You won’t love my story, death or glory in the inner city
Baby, it's the smaller things in life that really make a difference
Best believe it never was a joke, but I was always kidding
Cinderella only for one night, the shoe was really fitting
See me when I'm walking through the glue, it sure do get sticky
DG nine is ugly in the street, gotta make it pretty (Damn)
Navigate the mystery, we pull reality out of fiction
Takes more than ambition, I can show you, you don’t have to listen

[Chorus]
I paint a perfect picture straight out a beautiful image
It's obviously number nine, something that words can't describe
I'll always be by your side, inside the City of Lights
Gotta meet me 'fore you die
Ah, where's the ball? They obviously know that we won't let go
I look up at the sky and I wish upon a star
Guess they like how I talk, all the songs turn into a bomb
She creep in the night, after eight when it's dark

[Verse 2]
Blessings coming in by the truck, told ’em, "Load it up"
Very special numbers on the crest, I have to hold it up
I tried to tell ’em we're not special, but still, they idolize us
You might catch me in the grocery store or riding on the bus
Ah, I’ll start to blush
Perfection is just an illusion and a punishment of love
I'm standing solid every season, but it's no solid in love
Bae, you can kill me with a touch, I'm flying too close to the sun 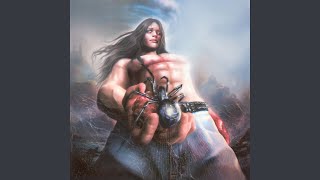