[Verse: AJet2F, DC3]
Look, still working on plans for paper
Tryna make bread with all of my bro's
My broski got the brightest neck
His diamonds wet, need more of the gold
I ain't outside, just touring the roads
I'm probably workin' with more of the flows
I'll soon be on your playlist
Bro said I'm famous now, I need more of a pose
But I don't take pics, I'm more than a ghost
They say I'm smooth on beats like Jackson
Spit fire like a dragon
Ticks like Nike on a music ting
Lil Tecca, I ain't talkin' "Ransom"
Stay juggin', I'm way too lit
When I see you [?]

I'm so wavey, I can speak in Latin
Ayy, he said he can speak in Latin
Crazy, I can speak in Spanish
Mucho gusto, I'm 2F, what's crackin'?
Most my bredrins say I'm blessed at rapping
Really, I was way too fly before they put me up on Rising Talents
Now they want me to rise, that's standard
Keep it steady, I have to rise my balance (Listen, look)
Gettin' gyal ain't cash [?]
So "stick to the grind" what I told my bro
Need a [?] like Emily
No [?], I got highs and lows
Like Ne-Yo, so sick of them man
Talk is cheap, they wan' hate my bro
They wanna be United like Stateside
We'll have blown up by then like Joe
Me and broski just vibin' with it
Are you hearin' the beat? Man's slidin' with it
Paper's a plus, I ain't dyin' with it
I don't wanna die young but I ain't riding with it
Like Arrdee, I ain't rollin' with it
'Cause I'm stuck with blood like cement, no bricks
Never be left [?]
I'm a well-known star like [?]
They say we got skills like Neymar did
We're in the field doin' rainbow flicks
Look, I'm way too fly like a jet
We're up in the sky and we're takin' trips
I ain't from the block like J-Lo
This ain't no gameshow, true, I been takin' risks
They're salty 'cause I'm ready like Walkers
Bro, did you catch that phrase? I did

[Verse: Hzino, NERDZ]
Took an L, now it's back to the basics
Bando, babe, before the rap, it's the trap that pay me
Hooyo macaan think I'm stuck in my ways
Looked at me like, "Son, will you change?", caadi
Tell the opp boys come kali
All I hear they got beef with the Malis
But in their rap, they're speakin' Somali
I don't know wagwan for the chargies
Spoke online, couldn't back your dargie
You can't say you're a militant yout
You never had no gun or army
Too many mandem talk on my name
They just pissed that their line is appalling
Don't get pissed, I'm far from a trapper
And my—
Niggas are washed and they don't get paid
Kidnap who? Nigga, stay in your lane
Fully paid all my bro's and I don't know ace
Fours up 'til a nigga really freeze up
We can't work if you ain't Arcane
I need bare mids and I'm tired of rockies
Too many times I've witnessed payment failing
Bro, I'm far from lucky
M on his head, I ain't talkin' Vegeta
Uh, I got beef with nerds
And same time, I got beef with pussies
And the feds keep takin' my guys
Like, free Maz, and free Boogie
If he trips, put blades in hoodies
Opps get corn 'cause they lack for pussy, ha
STC loves driving Skodas but I'm more Polo G
I don't wanna hear no talk 'bout pace
I'm way too young with a need for speed
Need some work, then send me the addy
I've got jobs for you, indeed
I'm so cold when I speak this shit
I turn this room like nought degrees
I don't like takin' breaks, I'm grafting loads and it's so insane
Age 13, never spent one penny, walked in places, always stained
I'm aged 16, tryna work on me, music, build, sustain
Like Drake, I wanna pop champagne, I've gotta pave my lane
Still step out with a burner burning, tryna mash work with a PGP
Too many man wanna be put on but the work I do ain't easy P
I'm networkin' on Telegram, I've been workin', tryna help the fam
Wake up early, work on PCs, make some P, then I'm out for scran

[Verse: HAZEY]
Gotta mix these packs and potions
No P's 'til I put a SIM in a burner
I'm on the box like Werner, backroad lurker
Fully paid, bro, I'm an earner
I fly past, I'm a headtop turner
Them olders are washed like Sami Khedira
And he should start calling me uncle
'Cause when I speak on these beats, they get murdered
Had to pebble up both, shut the curtains
Late nights up in the lab, I'm still working
Straight facts and drops reversing
I took an L and I kept on learning
Can't stop me now, it's not working
Purging 'til the phone keeps on twerking
Gotta switch the spot, they're still lurking
Big batch cookin' up, due to put work in
Ten toes, I don't lapse in the trench
And when they need more, I'm right back like I'm Trent
I get 'round, I don't sit on the bench
I'm opening doors while they're stuck on the fence
And I'm still tryna pop like bubble wrap
Flyin' packs OT, just a hustler
Never had no P's 'til we juggle packs
If your bird's ten-ten, I might double-tap

▷ The Weeknd feat. Bulleez N Nerdz - In The Mood TEKST 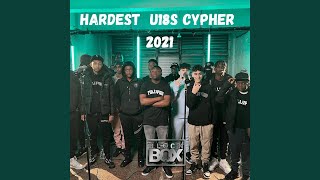 ▷ Paolo Nutini - Through The Echoes TEKST